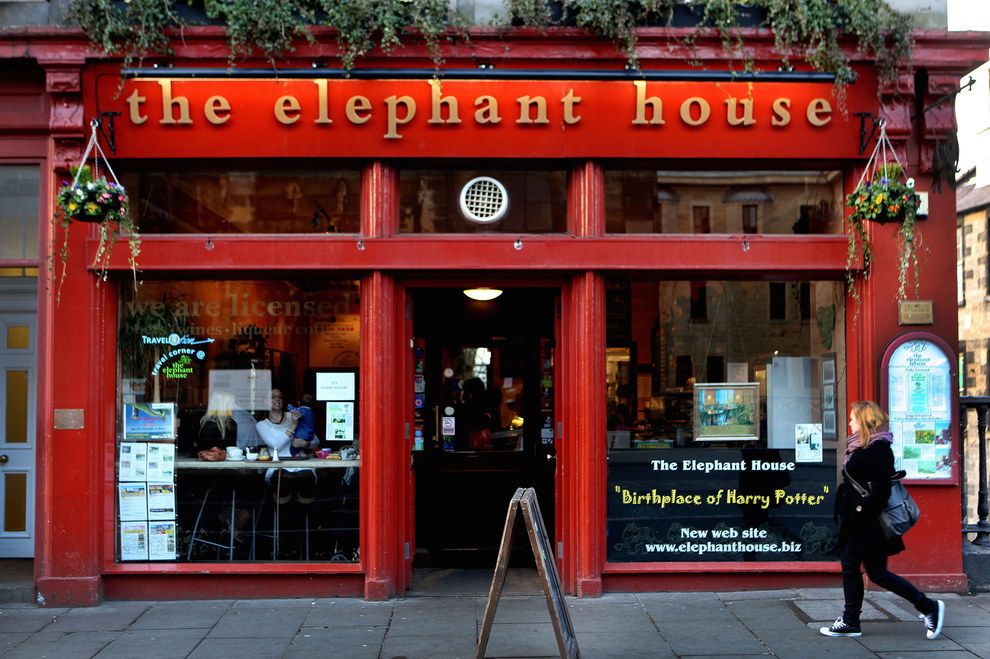 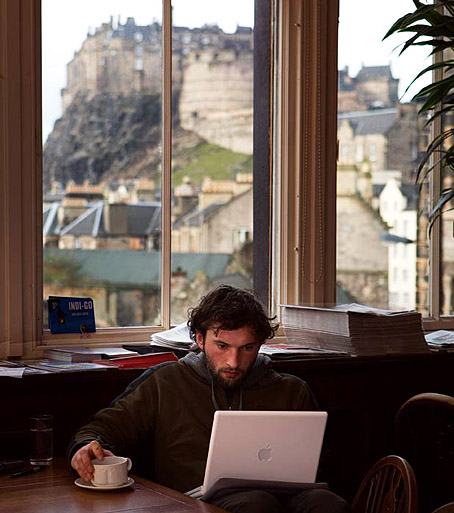 Do you want to sit where J.K Rowling wrote Harry Potter? Even thought, she actually began the books at Spoon, J.K Rowling had a favourite table at The Elephant House: the one by the window, looking out onto Edinburgh Castle.

According to her, there was a space heater to the left of the window where she could park the stroller so her baby could keep warm during the winter months. The heater is still there.

Rowling said in a interview: “It’s no secret that the best place to write, in my opinion, is in a café. You don’t have to make your own coffee, you don’t have to feel like you’re in solitary confinement and if you have writers block, you can get up and walk to the next café while giving your batteries time to recharge and brain time to think. The best writing café is crowded enough to allow you blend in, but not too crowded that you have to share a table with someone else.” 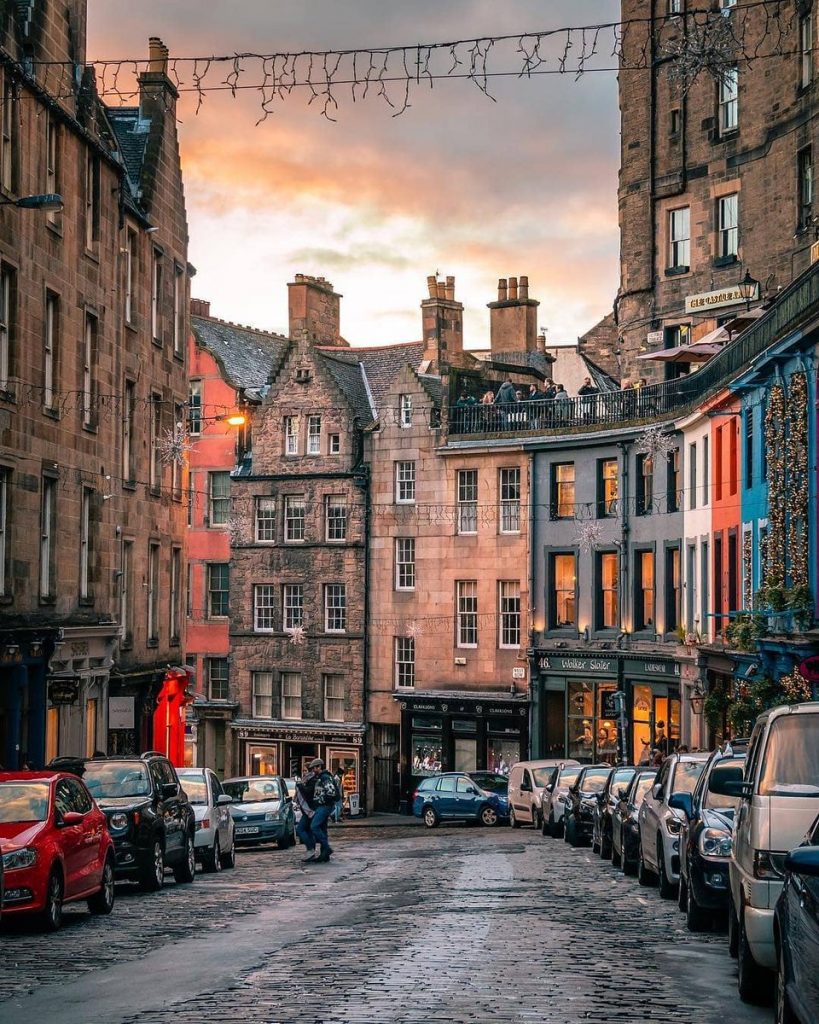 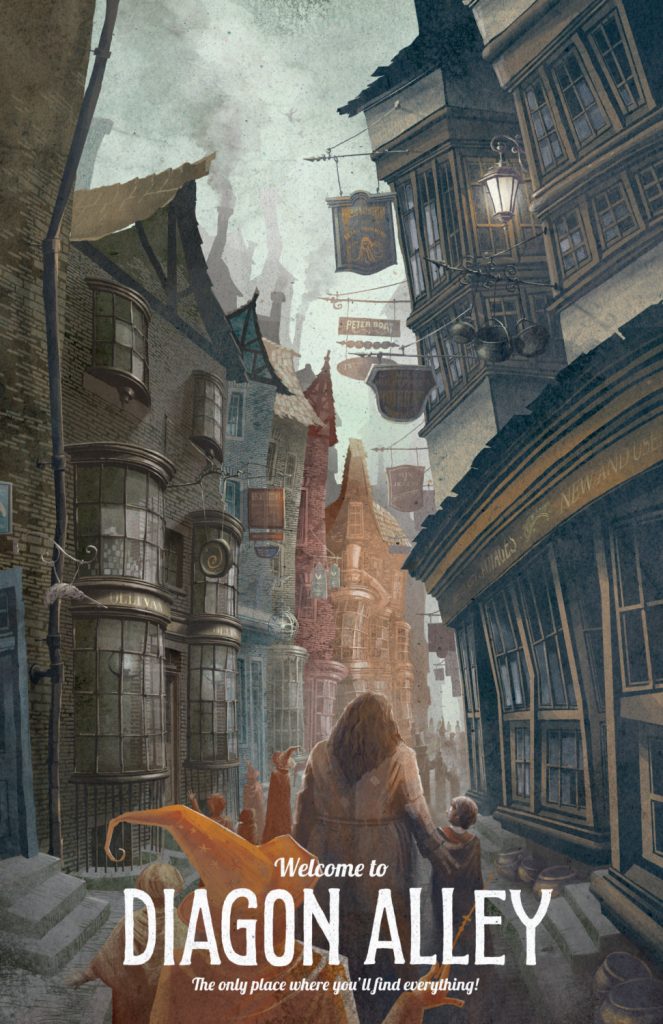 The author of Harry Potter lived in Edinburgh the entire time that she was writing the books. It is easy to notice where she got the inspiration from the city and around Scotland.

Victoria Street is the Diagon Alley in real life. It is a beutiful and colourful curved street. (The street is home to lots of higglety-pigglety old buildings and shops, just like the wizarding version. In the 90s, Victoria Street even had a Royal Bank of Scotland and a stationery shop in approximately the same position as their magical counterparts, Gringotts and Flourish & Blott’s.)CHANGE Even a Diagon Alley plaque can be found in an alley just off Victoria Street called Candlemaker’s Row. 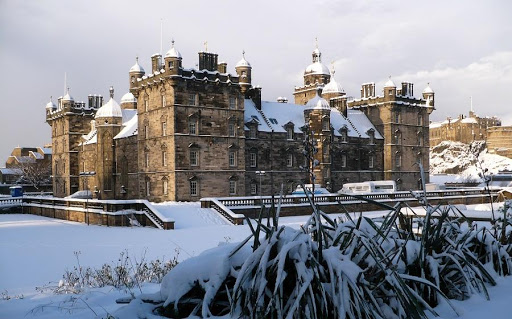 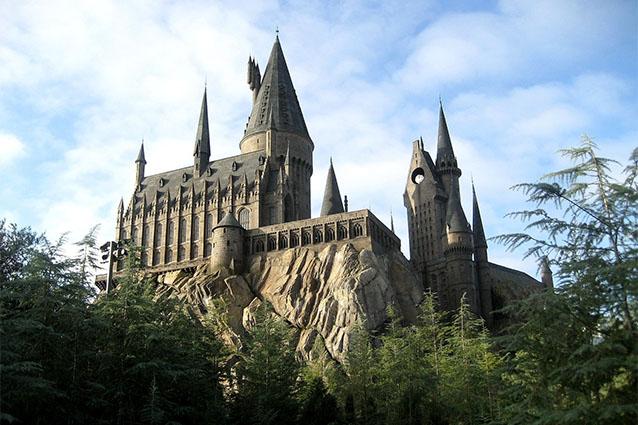 This imposing castle, with arquitectual similarities to Hogwarts, is George Heriot’s School, a private institution that divides it’s pupils into 4 houses. Does this ring a bell?

Lauriston, Greyfriars, Raeburn and Castle clearly inspired Gryffindor, Slytherin, Hufflepuff and Ravenclaw. The students even even have a points competition which they can win for their houses during the academic year. 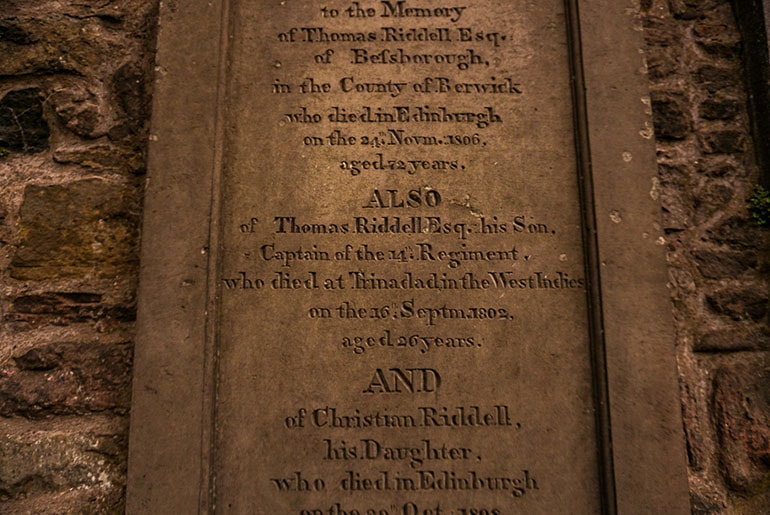 In this cementery you and your family are going to be able to visit the place where J.K Rowling found most of her inspiraion for names: behind Hogwarts’ Professor Minerva McGonagall, there is William McGonagall. The character Alastor “Mad Eye” Moody was influenced by the name Mrs. Elizabeth Moodie. The marker of Margaret Louisa Scrymgeour Wedderburn, inspired Rufus Scrimgeour, the Minister of Magic in the final Harry Potter book.

And the grave which in particular is of interest to Harry Potter fans: Thomas Riddell Esquire, who lent his name to Tom Riddle, also known as Lord Voldemort, the greatest villan of the story. 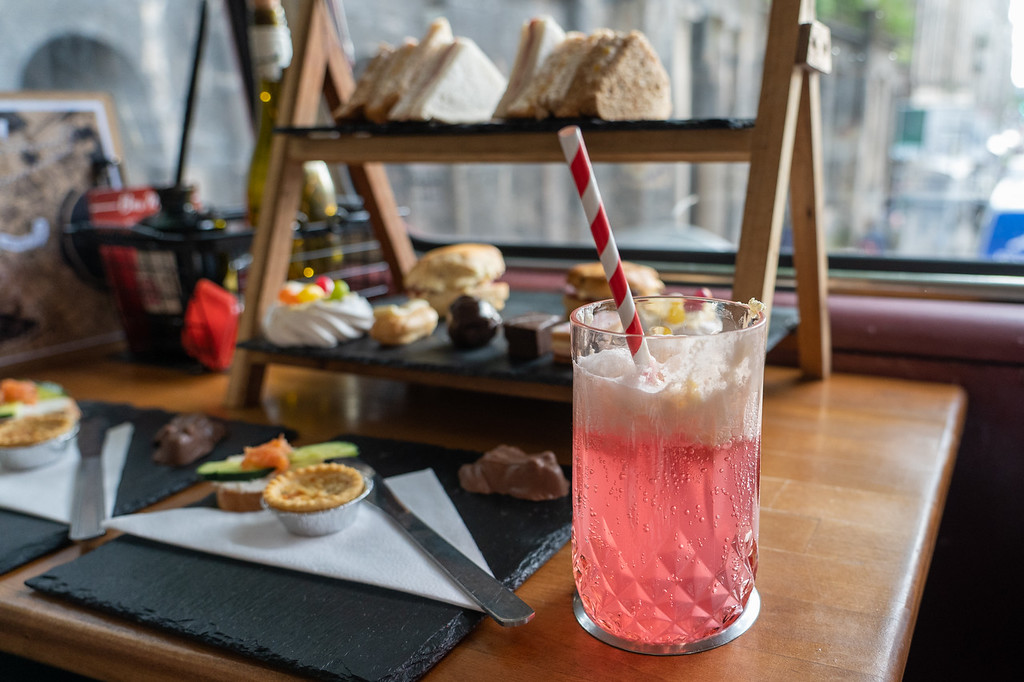 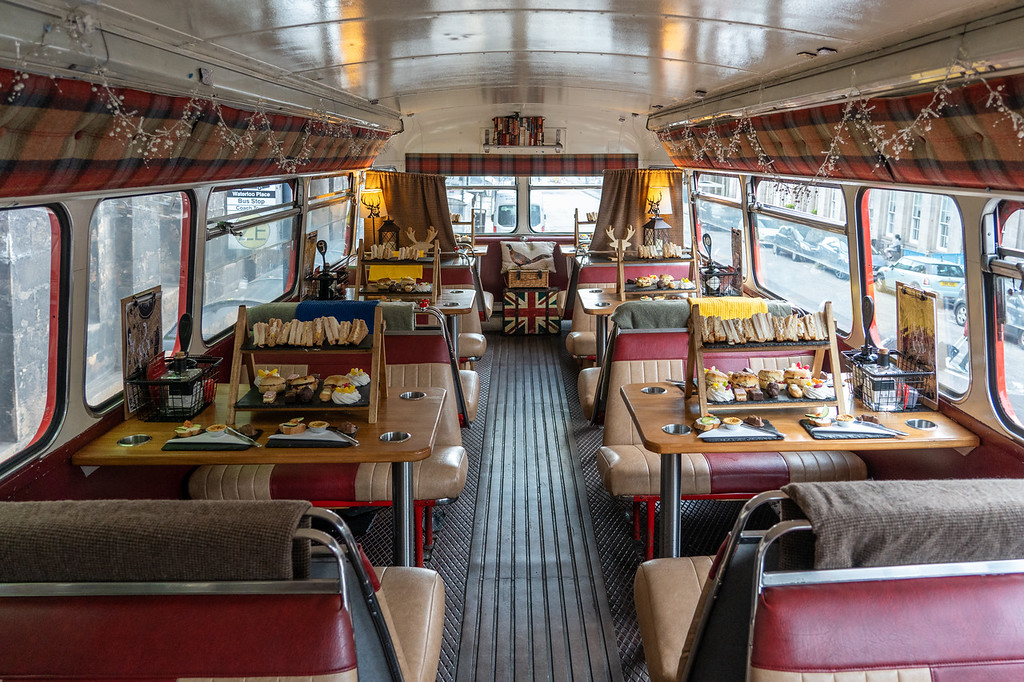 Having an afernoon tea is a must-do in the UK so why not do it while visiting the streets of Edinburgh and many of the spots that inspired JK Rowling. 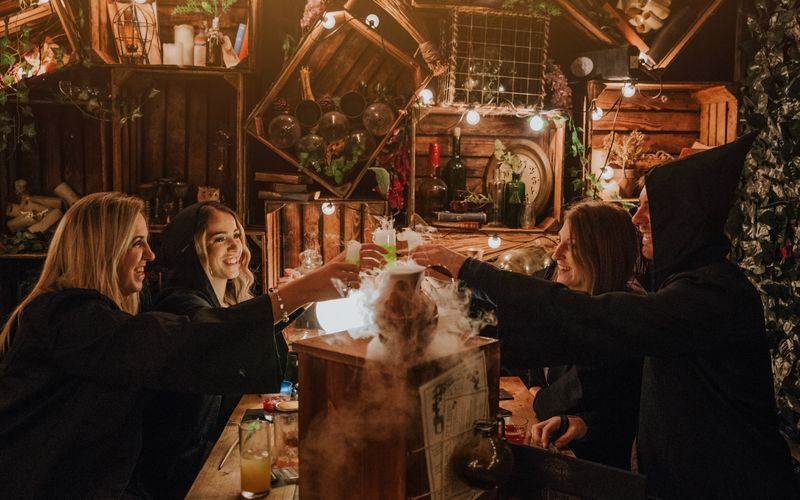 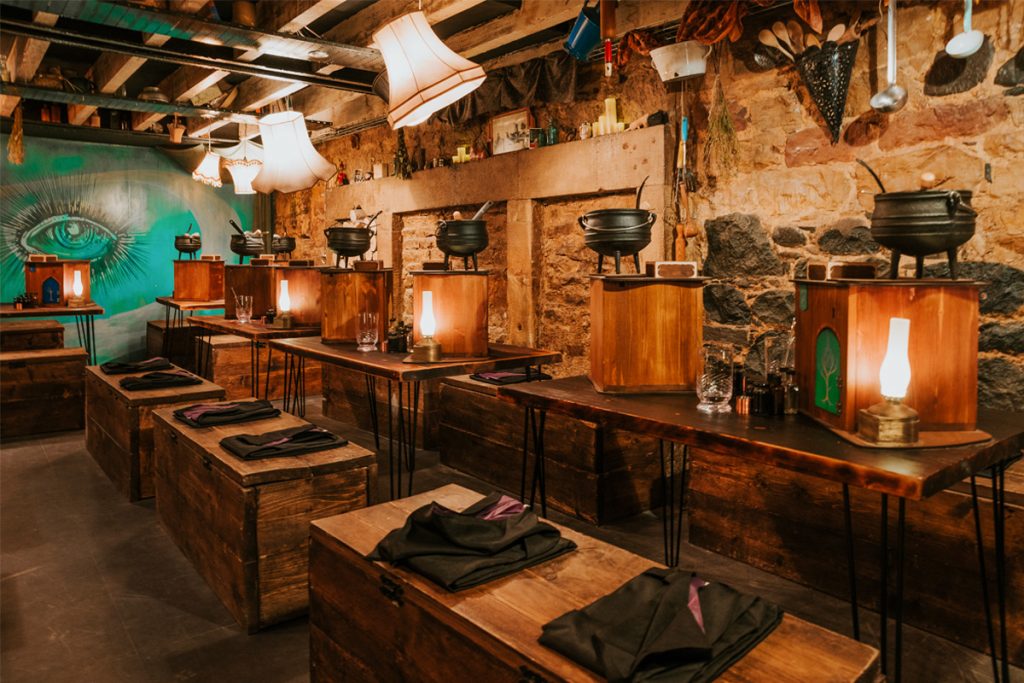 If your kids are not the only Harry Potter fans in the family, you can pay a visit to The Cauldron to get a magical cocktail experience. 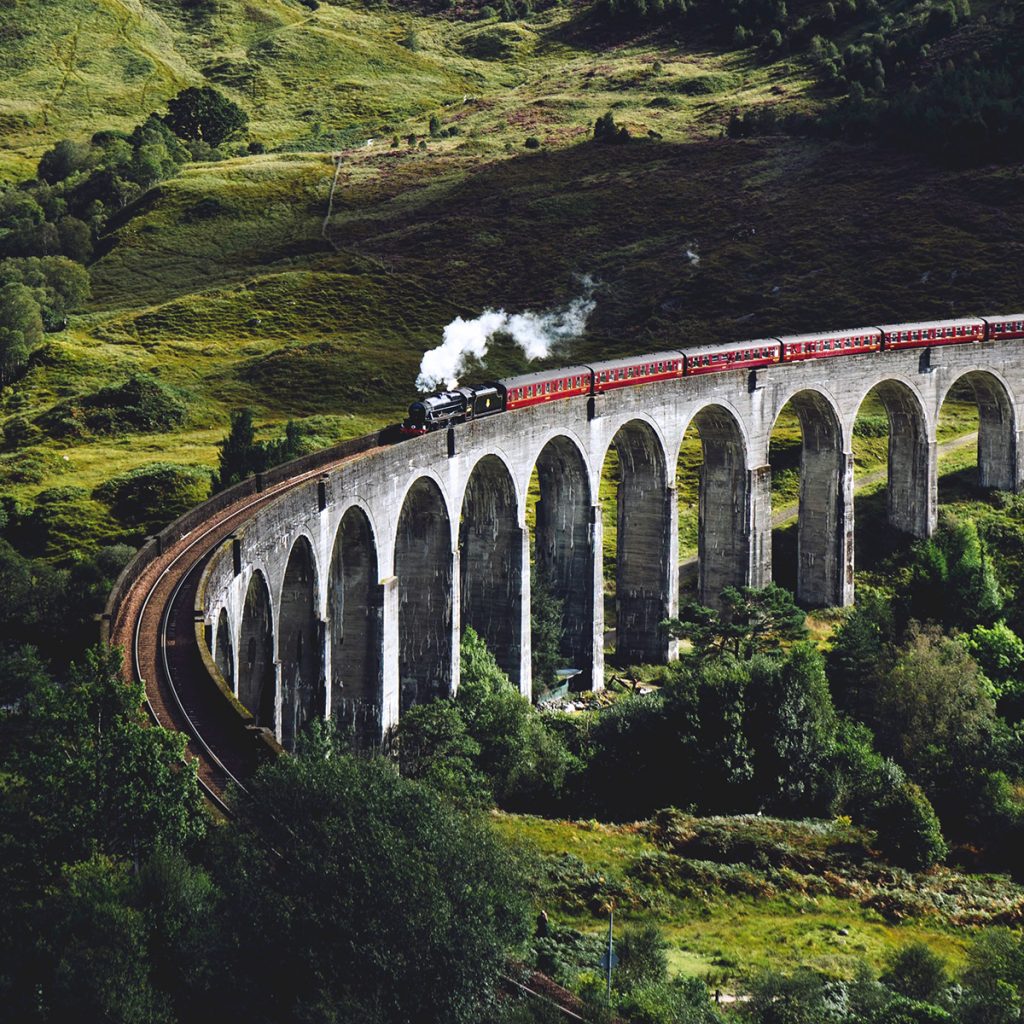 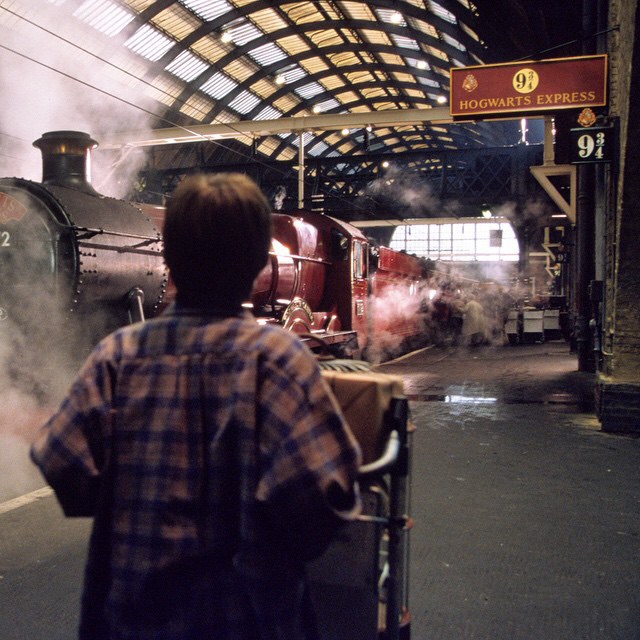 As any Harry Potter fan would know, one of the few ways to arrive to Hogwarts is getting the Hogwarts Express. Well, we have good news: the Hogwarts Express is a real train, called the Jacobite Steam Train and you and your family can actually relive the magical journey.

The steam train was used in all the Harry Potter films as the Hogwarts Express.  They filmed the exterior and interiors of the train, as well as the scenery along the route.

The Glenfinnan Viaduct is the scenario of one of the most iconic scenes The Chamber of Secrets where Ron and Harry flew in the Weasley’s magical Ford Anglia car. 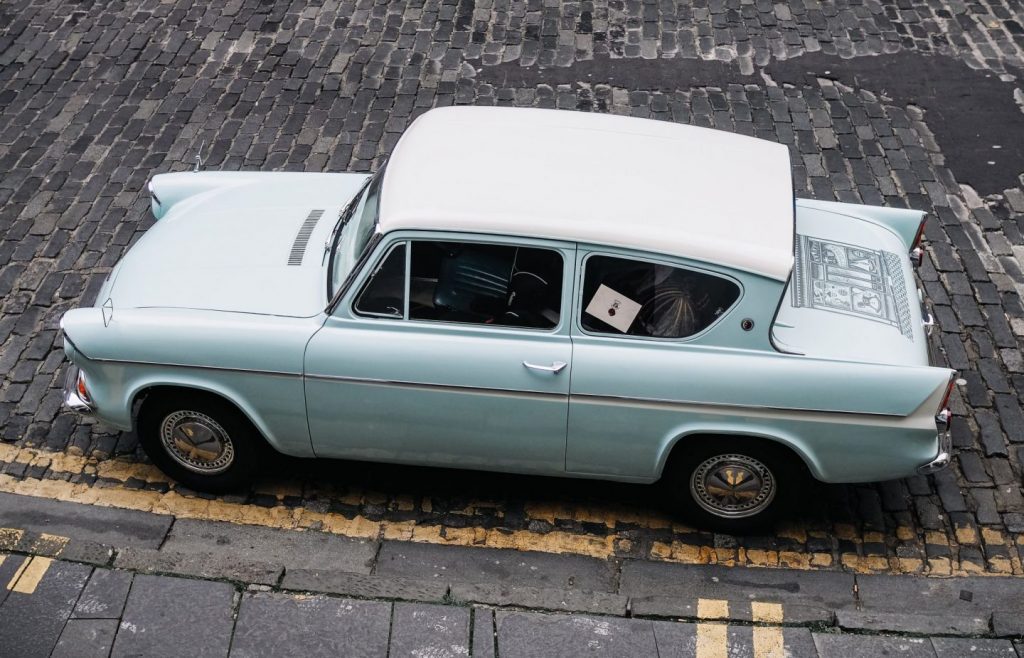 The car can be found in the already mentioned Victoria Street 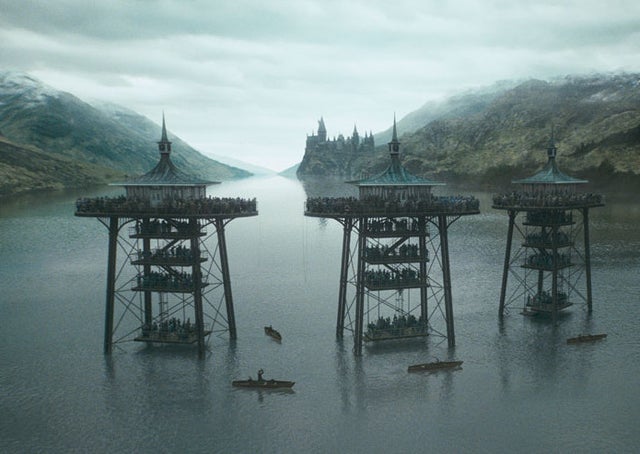 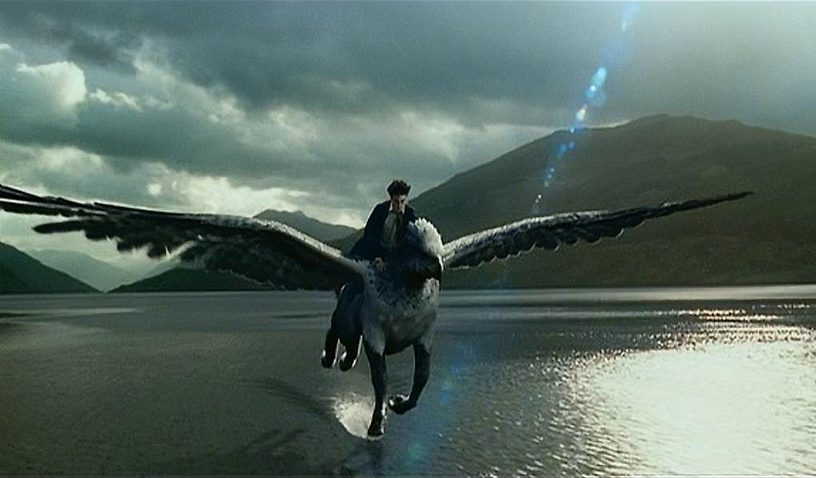 Loch Shiel is freshwater lake and is the fourth longest loch in Scotland. This loch can be seen briefly in all the movies but it is most recognized for being the setting for the underwater stage (Second Stage) of the Triwizard Tournament in Harry Potter and the Goblet of Fire and for that scene where Harry rides Buckbeak the hippogriff in Harry Potter and the Prisoner of Azkaban. 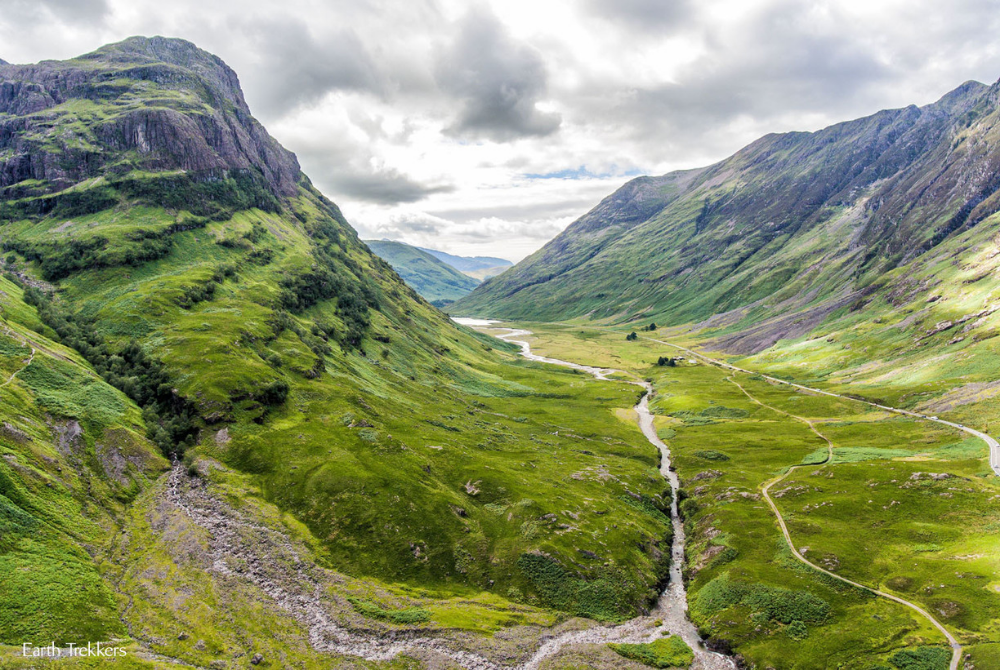 Remeber Hagrid’s Hut? Or that magnificient scene where Hermione confronts and punches Draco at the sundial stone circle?

The destination that the director chose to film these scenes was Glencoe.  Also a very popular hiking and tourist destination because it’s precipitous mountains, reflecting pools and waterfalls.

Chis Collumbus (Harry Potter 1-3 director) was not the only one that decided to use this scenography, Grencoe Valley has been featured in many other films, including Braveheart, Rob Roy and Skyfall.